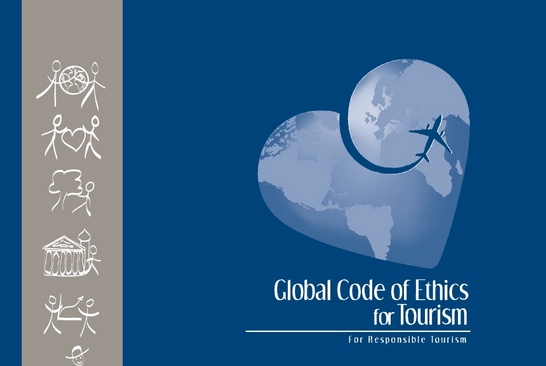 The transformation of the Global Code of Ethics into a full international convention as a means to boost the responsibility of governments in this field and advance the impact of the Code was the main topic discussed at the 15th meeting of the WTCE.

Alongside this issue, the WCTE looked into the level of implementation of the Code by public and private sectors as well as at the advances on its priority areas: the fight against child exploitation, accessibility, all inclusive holidays and its impact on local communities, and the issue of unfunded ratings in web portals.

Pascal Lamy, WCTE Chairman and former Director General of the World Trade Organization, highlighted “the importance of the implementation of the principles of the Code of Ethics by both UNWTO Member States and the Private Sector in order to promote an ethical and responsible tourism development.”

“The World Committee on Tourism Ethics has done invaluable work in raising awareness and promoting responsible policies and practices in the tourism sector for over ten years”, said UNWTO Secretary-General, Taleb Rifai, opening the meeting. “Tourism has immense potential to be a force for good, but it requires concrete action from all stakeholders. I therefore fully support the Committee’s proposal to bring the Code further into an international convention”, he added.

In the area of children’s rights, Carol Bellamy, chair of the UNWTO World Tourism Network on Child Protection and former Director of UNICEF, presented a report on child protection in tourism and supported the transformation of the Code of Ethics into a convention in order to help enforce the principles of child protection worldwide.

The Committee approved a set of specific recommendations on accessible tourist information which will be presented to the 21st session of the UNWTO General Assembly (Medellin, Colombia, 12-17 September 2015) for adoption. It addition, it noted the wide interest of Governments and national tourism administrations in the Code and the growing number of companies and associations that have adhered to the Private Sector Commitment to the Code.

The World Committee on Tourism Ethics (WCTE) is the independent body responsible for promoting and overseeing the implementation of the UNWTO Global Code of Ethics for Tourism (GCET), a set of principles designed to guide tourism development in a way that maximizes the socio-economic benefits of the sector, while minimizing any negative impacts.

The 16th meeting of the Committee will take place in November 2015.